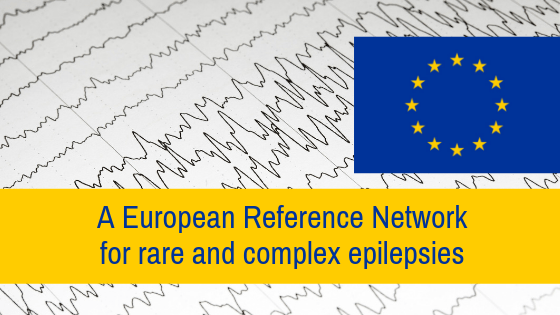 On 16 March 2016 the EU launched its first call for interest from medical and research centres wanting to apply to create and join a European Reference Network (ERN).  An ERN is a network of centres of expertise on rare diseases, each one endorsed nationally by their country of affiliation as a centre of excellence.  Members of ERN are expected to collaborate with other national or international centres and networks sharing expertise, knowledge and resources.

In 2017 the first ERNs were established as legal entities of the EU, covering 24 different rare disease groups.  They are funded by Member States and the EU.  Patient involvement is a key element of ERNs and their governance.  Each ERN must demonstrate that it is patient-centred and empowers patients.  It must ensure that patient representatives play an active role in its governance structure.  Patients are fully represented and active participants in the ERNs via European Patient Advocacy Groups (ePAGs).  ePAG membership is open to all patient organisations.

EpiCARE is the ERN on rare and complex epilepsies.  It comprises 28 specialist hospitals with expertise in epilepsy and research in 13 European countries.   You can find the full list of members here: Patient Engagement.  Twice a month expert neurologists and neurosurgeons discuss via Webex up to three complex cases – surgical and non-surgical – referred to and by EpiCARE centres.  In the last year 25 patients have had their cases reviewed as part of this cross-border collaboration, and many have subsequently been referred for surgery to the most appropriate specialist hospital.   Excitingly for the HH population, at the recent annual general meeting of ERNs in Brussels (held on 21 November 2018) a three-minute video was played showing how EpiCARE helped Onni, a 4 year-old Finnish boy with HH.  The video features in the #EUprotects campaign, is on the EU Protects website, and has been retweeted hundreds of times, shining a spotlight on both the collaborative work and potential of EpiCARE and the syndrome of HH.

Hope for HH has a representative on the EpiCARE ePAG to advocate for care that is patient-centred and respectful of patients’ rights and choice.  That means we attend Steering Group (governance) meetings as well as conferences and ensure that the patient voice is heard.  By way of example at a recent Steering Group meeting the draft Consultation Pathway was discussed and finalized.  This is the mechanism through which EpiCARE will accept referrals for its twice-monthly case discussions.  The Steering Group debated the minimum material that should be required in respect of any patient referral proposed through the EpiCare website.  It was suggested that this minimum material should include an EEG showing at least one seizure.  The HH/ePAG representative pointed out that less than a third of gelastic seizures show up on EEG.  The Steering Group then refined the requirement to a VEEG showing at least one seizure or suspected seizure.

EpiCARE is a very new initiative, but early indications are that it may provide life-changing, expert help for those suffering from rare and complex epilepsies no matter where in the EU they live; it is the newest initiative giving us hope.