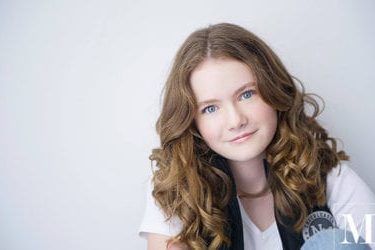 Echoing so many of your stories of HH (hypothalamic hamartoma) discovery, Charlotte was born on the 22nd July 2004 in Brisbane, Queensland, Australia. My pregnancy was not complicated, I did have gestational diabetes, but a mild form that was controlled by diet. Charlotte, or Charli to her family, did however show signs of an enlarged kidney invitro but it was tested shortly after birth and deemed to be functioning normally.

In her young years Charli’s episodes were affectionately referred to as her “tired giggles” which came on during the witching hour, that time between dinner, bath and bed, which according to all our friends was not ours alone to endure. It wasn’t until she was 10 that the nature of her tired giggles became longer and more intense and of course the laughing or grimacing at completely inappropriate times.

Our youngest daughter, Emma, was seeing an amazing pediatrician at the time and I explained Charli’s jerking movements during these episodes and he asked for me to bring her in. After an initial consultation he said that he believed Charli may need a child psychologist as she displayed signs of anxiety, however he did order an EEG, the first of which showed the slightest of blips which they decided couldn’t be ignored so we were asked to do a sleep deprived EEG as a follow up.

We still laugh about my husband and I sitting up to midnight, supporting each other through all three Lilo and Stitch movies to keep Charli awake. So, with total sleep deprivation Charli was connected to the EEG machine and of course it lit up like a Christmas tree.

Shortly after this an MRI confirmed Charli’s diagnosis, a Hypothalamic Hamartoma, located deep in her brain close to her optic nerve and pituitary gland, causing Gelastic Epilepsy (laughing seizures). We believe that Charli is the only case in Queensland, with a few other cases being treated in Melbourne, Australia. This makes her a rock star in the Children’s Neurology department, they were tripping over themselves to see her as most had never seen a case before.   We are very lucky in Australia to have an incredible public health system and Charli has a team of doctors from different hospitals and States that have worked on her case.

During the initial diagnosis discussions my heart broke when they told us that she had probably had this all her life and that when she was giggling in her cot, it was probably a seizure.

Our neurologist initially put Charli on Trileptal and her seizures became minimal and we had a good run on the drug. Then in her first months of High School, that is 12 years old in Australia, Charli started to have several significant breakthrough seizures. Then she was put on Topiramate, the devil’s drug for us. Charli’s cognitive function declined significantly, psychological and behavioral tests taken during this drug and post this drug, showed the significant impact it had. At home we noticed that Charli was increasingly frustrated and couldn’t verbalise her frustrations and her speech had become slurred, she was also sleeping a lot and she was becoming very angry. So, after a short period she was weaned off the drug and put on Keppra, but the neurologists explained that they knew this wasn’t going to hold back the seizures for long and it was time to start to explore other options.

On the 19th October 2018 Charli will undergo Gamma Knife Radiation surgery, for those of you who have not had the pleasure of meeting an Oncologist, this in its simplest form is a high dose radiation treatment that targets the lesion. Really it is a stupid name, there is no knife and really no surgery. A high dose targeted radiation one off treatment will hopefully result in the decline in the size and activity of the Hamartoma.  It will take six months before we will fully know if the treatment has reduced/stopped Charli’s seizures and we can start to take her off her medications.

I think I’m allowed a little hope and for me it’s to MEET the child on the other side of the seizure medications, which are so life altering.

MEET Emma (and our dog Darby) 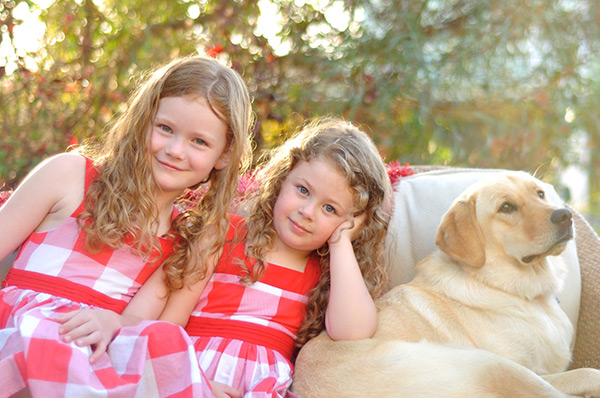 Our youngest daughter does not have a Hypothalamic Hamartoma but was diagnosed with renal dysplasia, invitro. This means that she only has 1 kidney and it’s enlarged to do the work of 2 kidneys.  At 3 months of age after a series of injections Emma started screaming a cry that we hadn’t heard before, she was rushed to emergency and after 24 hours she was isolated to be tested, via a spinal tap, for Meningitis. Before the tap could be done they performed a scan of her brain.

This ultrasound revealed she was in fact bleeding in her brain but due to the amount of blood there was no conclusive diagnosis of what caused it. The theory was that she had a malformation in her brain that exploded when she was receiving these injections.  She was saved by her age as her skull hadn’t fused so her brain had room to move as it was swelling.

Emma spent six weeks in hospital and it was the most terrifying experience of my life, up to that point. However, it did teach me that Doctors are not gods and they don’t have all the answers. I learnt to have a voice and question everything with Emma’s treatment.  This put me on the front foot when I would later have to deal with Charli’s Doctors, I question everything, and it has served us well on more than one occasion.

Which brings me to why I wanted you to MEET Emma. I have raised with pediatricians, neurologist and neurosurgeons the connection that both my daughters have had kidney issues and brain malformations, I mean what parent should have to meet a neurologist twice in one lifetime.  The Doctors are adamant that it is unrelated and simply a coincidence. My intuition and my gut tell me differently. Reading your journeys and the references to some of your kidney issues has peaked my interest.

Emma is a happy, healthy 12-year-old and Charlotte is a beautiful 14-year-old girl that is enduring her HH challenges with the support of her doctors, her teachers and her friends and of course the love of her family.

It is nice to MEET you all and to add you to Charli’s support group.