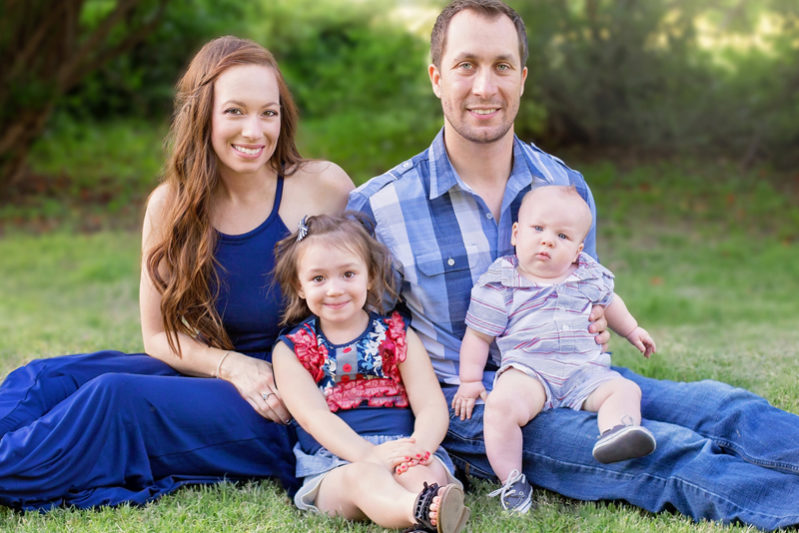 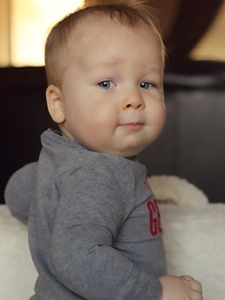 Gavin was born on time and had a normal delivery. From the time he was about two weeks old we noticed him doing a sort of grunting mixed with squinting his eyes, like he was in pain. We noticed it happening quite frequently so we brought it up to his pediatrician at his wellness visit. He was diagnosed with reflux and torticollis soon after. He started PT for the torticollis and we eventually found global developmental delays. The grunting eventually turned to laughing and was happening about every 15 minutes. We knew something wasn’t right, even though our pediatrician and neurologist didn’t think it was seizure activity and believed it was reflux/GERD related. 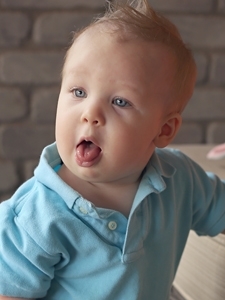 We found the type IV Hypothalamic Hamartoma during his MRI when he was around 9 months old. What we were seeing was indeed seizure activity; they were gelastic and dacrystic seizures. We immediately started researching and found Hope for HH, which helped tremendously with surgeon and hospital recommendations and reading other families stories that I felt I could relate to. I spoke with Maggie from Barrow and sent her over his MRI images/medical records pretty quickly so Dr. Bristol and the team could review them and form a surgical plan. We fought with our insurance company for what seemed like forever to get approval to go to Phoenix Childrens. We finally won the battle and off we went for Gavin’s huge and scary surgery at a young 10 months of age.

Gavin had the pterional orbitozygomatic craniotomy. It lasted all day and Dr. Bristol thought she achieved a full disconnection during surgery. Unfortunately his seizures returned about 4 days after surgery. Dr. Bristol noticed on the post surgical MRI that the HH didn’t appear to be fully disconnected, and that was the probable cause of the seizures returning. We were in the hospital for one month, due to permanent Diabetes Insipidus. He also acquired adrenal insufficiency after the surgery. He has been on oral medications for both ever since. 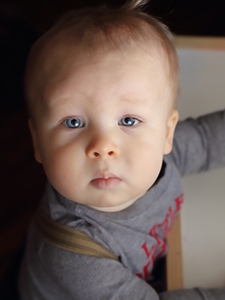 We sent our records to Dr. Curry at Texas Children’s Hospital for consideration of possible laser ablation of the remaining HH. We took the first trip there to meet with Dr. Curry and for the extensive testing/planning needed. One month later, Gavin had his second operation done there in February of 2017 and has been seizure free ever since! Dr. Curry ablated at least 90-95% of the tumor, but there is still up to 10% remaining. We return next month to TCH for post op testing to see how everything looks. Gavin has progressed in speech, occupational and physical therapy since surgery. He is still not walking at 17 months, but we know in God’s time he will. We have kept a very close eye on his growth hormone and thyroid since the first surgery, as they could have very well been affected as well. He is scheduled for growth hormone stimulation testing in June.

We are aware that the seizures could return at any time, so we are honestly just living one day at a time. I knew our sweet boy would be special, I just didn’t realize how very special. He is truly so loved and an inspiration to so many, and obviously such a fighter!