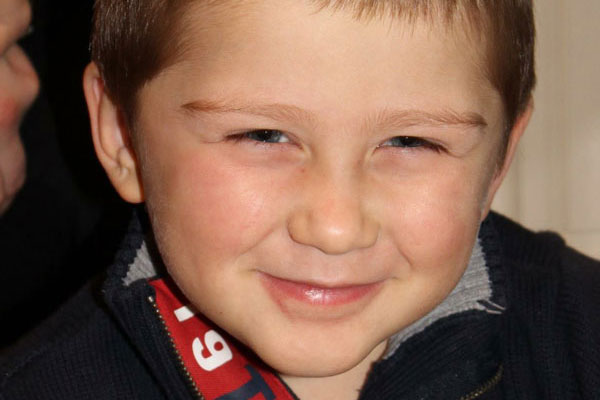 It was a Tuesday, September 22nd 2015.  Mason was about 19 months old and we had run into the grocery store to pick up a few items.  He was babbling away, sitting right in front of me.  Next thing I knew he was no longer babbling, no longer clapping, no longer moving; instead he was leaning back in the carriage with a blank stare.  When I called his name, I got no response, when I sat him up, he fell over, when I sat him up again he fell forward, when I tapped his cheek, still no response, his eyes just simply remained fixated, not focusing on anything or anyone.

Any parent can imagine my horror. Heart pounding, tears now streaming down my face, I left the grocery store with my son.   I knew our pediatrician was literally across the street from the grocery store and when I mentally calculated the time an ambulance would take, I knew the pediatrician was faster.  The next 2 minutes were a blur. We arrived and the doctor rushed out to check on us immediately, Mason finally came too and was crying but still very lifeless.

When I told the doctor the story,  he told me he believed Mason had a grand mal seizure, and typically after people have these types of seizure the individuals are completely exhausted and in some cases don’t even have enough energy to hold their body up or respond. We continued to discuss Mason, his overall health, sleep, size, and had he had any recent illnesses.  I began to explain to this doctor some of the symptoms.  How he kind of looks to the left randomly and spaces out, he does this nervous laugh giggle or a laugh cry and that it usually lasts for about 10-30 seconds. The doctor then proceeded to inform me that it sounded like it was something neurological and it may be absence seizures as well.   He booked us an appointment with a neurologist that same day and off we went.   We met with the neurologist, filled 50+ questions, questionnaire (they should tell you to bring your child’s baby book with you), and discussed what we had been seeing and the incident at the grocery store.

Next we were off to get a 90 minute EEG, and an EKG.  The day following the exam we got the results of the EEG.  The EEG showed that Mason was in fact having abnormal brain activity but there was no confirmation as to why.  The neurologist then ordered us to have a 24 hour EEG, which we were able to go home for. About a week later we got the results of the 24 hour EEG and again it showed abnormal brain activity, however when we were pushing the button to time stamp when we believed Mason was having his nervous laugh episode (gelastic seizure) was not showing up on EEG.  So the only thing we still knew was that Mason had abnormal brain activity but still no closer to a solution.

We then had a huge break.  Between my husband and I we were able to video tape several episodes of the nervous laughing (gelastic seizures) and a Grand Mal seizure on tape.  We immediately forwarded this to the neurologist who then reviewed and agreed that he was in fact having seizures regardless of what the EEG said.  So we began our first of many seizure medications.  Sadly due to the medication or other unknown factors Mason personality immediately shifted drastically.  He began throwing tantrums, pinching, hitting, scratching, and pulling hair.  Mason also continued to have Grand Mal seizures approximately once per week.   His preliminary diagnosis was Petit Mal Seizures with Grand Mal Tendencies.  Medication was not working he seemed worse off.  So we decided to proceed with an MRI and we reached out for a second opinion at Boston Children’s Hospital.

It was November when we finally were able to get the 3T MRI, and we sedated our son for the first time and expected a quick 50 minutes scan.  Well, 1 hour 50 minutes later our son’s scan was complete and we waited patiently to see him.  Call it mom instinct but I looked at my husband and said they found something and that it would be okay but would change our lives.  The call from Neurologist with results came the next day. I was at work and they called to let me know our son had a rare non-cancerous brain tumor called a Hypothalamic Hamartoma.  “A hypo what?”   What does this mean? Will he be okay? How big is it? Mason’s Hypothalamic Hamartoma is centered in the hypothalamus but a portion of it also touched the optic nerve, it’s about the size of a small marble.   I then turned to the google like most of us do and found Hope for Hypothalamic Hamartoma and a few other pieces about the condition.  I started reading everything I could about the lesion (tumor) and created a mental checklist of the symptoms others had and what Mason had and it finally, his conditions and everything we had seen for the past year, started to make sense.  The nervous laughing, the growth, the rage, families like me across the world were facing similar situations.

We then did a 48hr impatient EEG at Boston Children’s in late November where we learned Mason’s brain never fully rested and he was often seizing during the night and also having about 25-30 Gelastic seizures per day.  We also met with an Endocrinologist and confirmed Mason had precocious puberty and was already between stage 3-4.   After that experience we put Mason on two additional seizure medications and started with Lupron shots for the puberty.   We also decided to proceed with Laser Ablation surgery to help with seizure control and supprelin implant for the precocious puberty.

Mason’s Laser Abalation surgery took place February 24th 2016 at Boston Children’s with Neurosurgeon Dr. Madsen.   The surgery took about 9 hours and Mason had no complications.  They kept him an additional day for blood work because they feared DI (diabetes insipidus) but all test came back normal.   We went home and Mason did not suffer from a gelastic seizure for about 6-8 weeks and Mason has not had a GrandMal since the 2016 surgery.  When the gelastic seizures did come back we saw about 5-10 a day but hoped like most we were wrong. We went for another 24 hour impatient EEG at Boston Children’s in September 2016 and confirmed our suspicious.  So we kept Mason on his one seizure medication and continued to watch his growth with endocrinology.  After the EEG in September we began researching all the different medications Mason had been on and many of the negative side effects they had.  Mason did not respond well to any of the medications and the medications in Mason situation did not improve his quality of life and had no effect on lessening the gelastic seizures but we continued to keep Mason on them in fear of a Grand Mal seizure.

Finally, we decided to look into alternative therapies and tried CBD oil, which a fellow HH mom had used in conjunction with other medication to reduce her son’s gelastic seizures.  Sadly, after 2 weeks we saw no improvement for Mason and in fact he seemed more irritable, so we stopped.    We then decided to remove Mason off of all seizure medication and it was the best thing we did for our son.   We got to meet our little boy again after having a child that was either sleeping most of the day or almost like a zombie because of the medications he was on.  Once we weaned him off the medication in April of 2017 he was immediately happier, more affectionate, wanted to play, more attentive, and overall saw all positives.    Mason continued to have seizures and behavioral issues so we decided to do the laser ablation with Dr. Madsen and Dr. Stone at Boston Children’s again on July 19th, 2017.  I am happy to report Mason has been seizure free and medication free since July.  The only medication mason receives is through his supprelin implant for the precocious puberty.   We are continuing to see progress on his development but I will tell you every day is still a challenge. 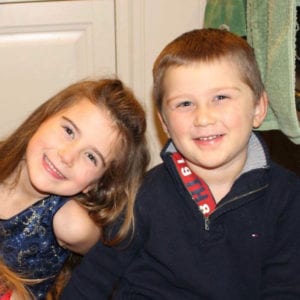 Mason is seizure free but not cured and we pray every day that Mason’s seizures will never come back.   The battle with HH continues and we will continue to focus on Mason’s growth, food aversions, transitions, sensory & behavioral issues, and always be on the lookout for seizures.  All we can do is stay strong, have hope, and continue to battle this roller-coaster together. My advice for other families out there is listen to your gut, find a network of people to talk too, don’t be afraid to ask for help, cry if you need to, yell if you need too, get second opinions, and take care of yourself.