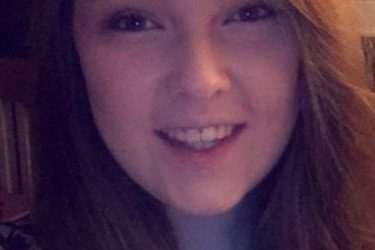 I’m from County Clare in Ireland and I am 19 years old. I was born with a hypothalamic hamartoma. I got it removed in the Barrow Institute when I was 11 years old.

My tumour wasn’t diagnosed until I was 3 or 4 years old. It was so rare that it was hard to find a way to diagnose it. I was in and out to Crumlin Hospital in Dublin numerous times a year up until I was 12/13 years old. I had ECG’s and MRI’s every year or two to see how the tumour was progressing. Luckily, it never got any bigger than the tip of a finger. I couldn’t understand how something so small could do so much to me. My seizures would last anything from 1 minute to a few hours, getting longer as I got older. I would have 30 or more seizures a day. The pupils in my eye would become huge and that’s how my mom would know I’d get a seizure soon, it felt like I had constant butterflies in my stomach but the longer I laughed, the more the “butterflies” turned into pain. I would often sleep after a seizure or become distant, such as asking “where am I?” and asking family members who they were. I didn’t know when I was going to have a seizure until maybe 5 seconds before I actually have it and that was because of the butterflies but my mom would know minutes before, because of my pupils. She would say “Shauna you’re going to have a seizure soon” and I would be like how does she know, but 95% of the time she was right.

I remember being in Crumlin with my parents and professor McMenamin (I still find it hard to pronounce). I was about 9 years old, he mentioned radiation in Australia or the UK, to try and get rid of the tumour but he also said that there was Gama Knife Surgery going in the USA which had a better success rate. He said there was another person who was from Dublin after getting it done and put us in contact with them. Our parents arranged a meeting date to see how he was progressing after his surgery and he was doing very well. So, my parents agreed to the surgery.

It was tough to pursue a normal life with the HH, I participated in sports and activities but they never lasted long. School was especially tough, trying to process all this new information that I was learning, it usually never stuck. My spelling was always very good but maths and anything with a lot of learning such as history, never stuck with me. Sad to say at 10 years old I had to use my fingers for maths questions even as simple as 4 + 2. Making friends was also hard; they were often freaked out when I start laughing out of nowhere.

My last seizure was on the morning of my operation, the 25th of September 2008. I remember getting to choose the flavour for the gas mask to put me to sleep. I was terrified, as were my parents. The nurse put on the gas mask with my selected flavour, strawberry, and I was wheeled off to have my pre-operation MRI scan. I returned to recovery in the evening. When I woke, the first thing I asked for was my teddy, and then some Coca-Cola. Then Dr. Rekate came in and asked how I was doing, I asked him did he get it all and he replied “99%”. He couldn’t get the last of it because the tumour was on my memory lobe so he didn’t want to get it incase it caused any damage.

After the surgery I was still medicated for about two years. My mom wanted me off the medication before I went into secondary school. I finished it shortly after my 13th birthday. I was being weaned off them. A year after surgery I went to Dublin to get another MRI which showed the tumour had not regrown and everything was good. So I was discharged.

I am now 19. I have a part-time job. I have a driving licence and my own car, which I would never have been able to get without having the surgery. I have sat my leaving cert and passed it all, and I am starting my first year in college in a week. I am so greatful to Dr. Rekate, Maggie Varland Bobrowitz, Professor Mc Menamin in Our Lady’s Children’s hospital Crumlin, my family and all the nurses and doctors that took care of me through the years in Crumlin and while I was in the Barrow Institute.

I still struggle with certain things in school such as remembering lots of information and maths is still a problem as I have been diagnosed with Dyscalculia. It’s not as big of a problem though to when I had the tumour, but I do struggle a little bit with it. I have so much confidence in myself and have participated in dancing competitions and sports matches which I have won.  The surgery has really changed my life, I now have a normal life and don’t have to worry about what people will think or say when I have a seizure, and my parents don’t have to worry about me when I go to a friend’s house.