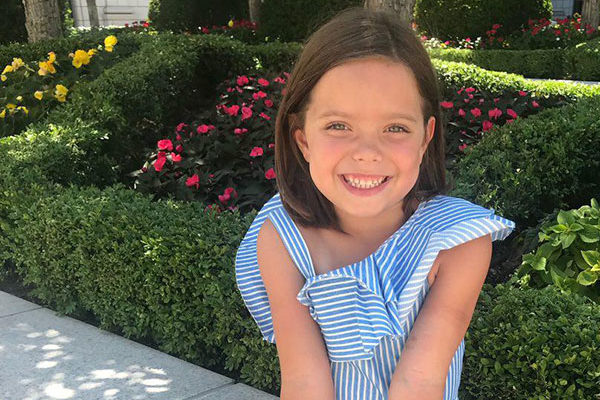 On June 11, 2012, we welcomed our first child, Elleanor, to the world. She was healthy and we were able to take her home and try our hand at this parenting thing.

She was growing normally, but would make this weird grunting sound. At two months old I showed her pediatrician a video I took of her falling asleep and doing this odd “grunt,” so he put her on zantac for reflux. By one year old, she was off the charts for height and head circumference and so her doctor said we would watch it, but it’s nothing. By 18 months, I knew something was wrong. She still had breast tissue, there was a good amount of dark hair in her pubic area, and was doing these weird laughs. At two years old, we finally switched pediatricians and he immediately said it looked like precocious puberty and scheduled us an appointment with an endocrinologist two months later. We were so happy to just have someone believe us and see that something was off!

The day before Elleanor was supposed to see the endocrinologist, she woke up with blood filled underwear. She was 26 months old and we were in a state of shock. Throughout the day she kept bleeding heavily and I had to put her back in diapers to hold the blood. Luckily she was so young and liked having “red pee pee” so it did not seem to scare her as much as it scared me!

The next day we saw the endocrinologist. We did all the routine exams where we found out her bone age was that of a 4-5 year old and she had a very large ovarian growth. They were very worried about the growth being cancerous so they told me to get my husband home (he was in New York City) and we would operate the next day to remove her entire ovary. We were basically told to prepare to begin chemo. It was heartbreaking. 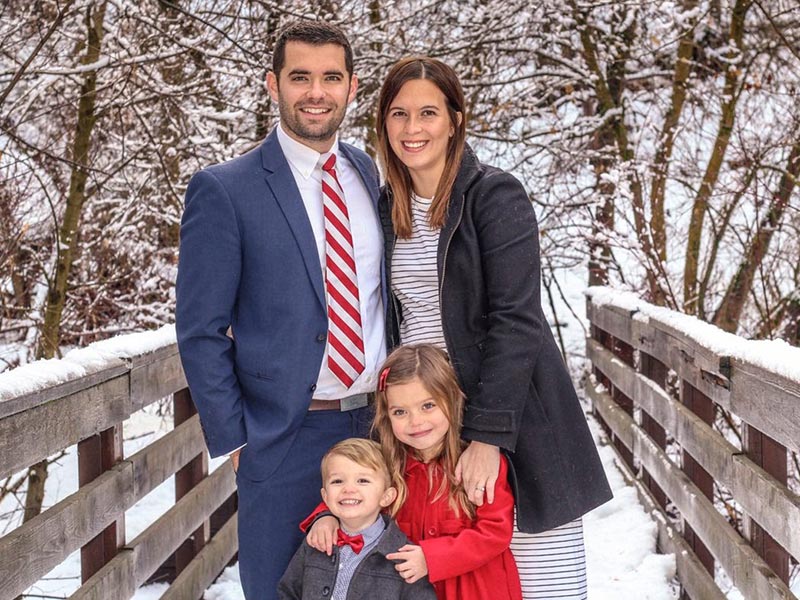 Well, the procedure went great and, shockingly, it was just a very weird looking cyst. They were sure that was causing the precocious puberty so they said to wait a couple months and report back.

One month later, the bleeding started again and no previous symptoms had gone away. We decided to do quarterly injections to halt the puberty. At this same time, I started researching about her odd “laugh” that was becoming more and more frequent throughout the day, especially when she was really excited or nervous. She was becoming more timid in social situations and could not handle loud noises. I knew something was off. I found Hope for HH and all the signs and symptoms started making sense. This was for sure what she had, we just needed proof.

Our endocrinologist didn’t know much about it, but referred us to a neurologist who knew even less about it, who finally referred us to an epileptologist who knew a lot about it. He got us an MRI, confirmed the HH (type 3, I believe) and started her on epilepsy medicine. The medicine did not take away the gelastic seizures, but he was hoping it would prevent any other seizure type from starting. We did this for almost a year before we knew we needed to try something else.

We called Barrow and Texas Children’s Hospital in October of 2014 for consults. After a lot of research, we opted to have the laser ablation procedure performed by Dr. Curry at TCH. He told us her HH was in a very difficult spot and was an odd shape, so we might have to do it twice, but it was a much better option than opening her up since in every other aspect of life, she was doing wonderfully (considering the circumstances).

In January, 2016 we flew to Houston and did all the tests that come with surgery. It was exhausting, but they are so knowledgeable! At home, I felt like I was teaching all the doctors and nurses about HH, but here they knew it inside and out. 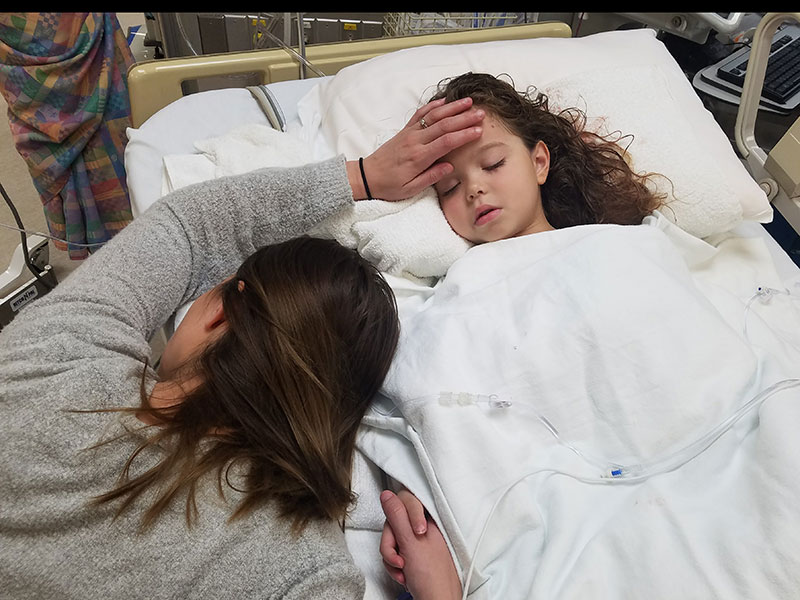 Surgery day came and went and Elleanor did great. She got really swollen, but it wasn’t an issue. She did ok with the steroid and was actually acting quite well considering the circumstances. We were so hopeful that the seizures went away, but after one week, they returned. They were less frequent, but still daily. However, her behavior improved so much! She wasn’t as nervous, wanted to try new things, and was social again. It was so refreshing to see her little personality come out!

Ten months past and we were ready to do a second procedure. We again talked to Barrow and TCH and they each wanted to do different procedures, which made it a difficult decision. We ended up back at TCH because we still felt she was still not a good candidate to do an open procedure since gelastics were her only neuro symptom.

In November, 2016 we switch her over to the Supprelin implant (which we love) for her precocious puberty , and in December, we went back to TCH for a second procedure. Surgery didn’t necessarily go as planned, but they were still able to ablate most of it despite their original plan not working. Again, so grateful for skilled doctors! They thought there was about 10% of the HH left post surgery. We flew home December 23rd and had Christmas with the grumpiest and hungriest girl you’ve ever seen. The steroids definitely hit her this time around! 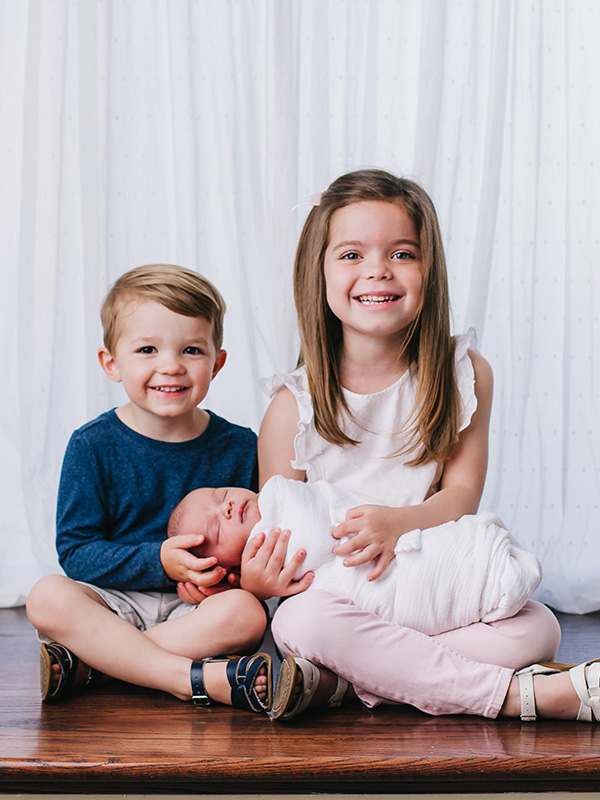 Elleanor went a year without a seizure and was taken off her meds. Then she went six more months. Then, this last April, she had one gelastic slip through. And then one more in May. And one in June. Yes, it is still an incredible improvement and we are so grateful for the surgery and the new life it has given her, but we are finding that this HH thing never fully goes away. We hope and pray that she won’t have any more seizures. And if she does, fingers crossed they come just once a month. That has been the hardest part for us as parents. We still don’t know what her future looks like and what her HH will be like six months from now, one year, five years, etc. But, we are so beyond grateful for what surgery did for her. She is an incredible big sisters to her two younger brothers, she dances on a competitive team (she used to be so anxious she couldn’t get on stage), she finished Kindergarten at a first grade level, she has incredible friends and easily makes new friends wherever we go (again, her previous anxiety never would have allowed this), and she is so happy. We are continuing to deal with HH, but for now we are watching her thrive. We are grateful to have found this community who helped us find her diagnosis. The stories really carried us during that first year when we had no idea what we were up against. Now we hope we are able to do the same for others. It is daunting, especially when treatment usually has to be done away from home, but we are always open to questions and hope we are able to give back in some way! 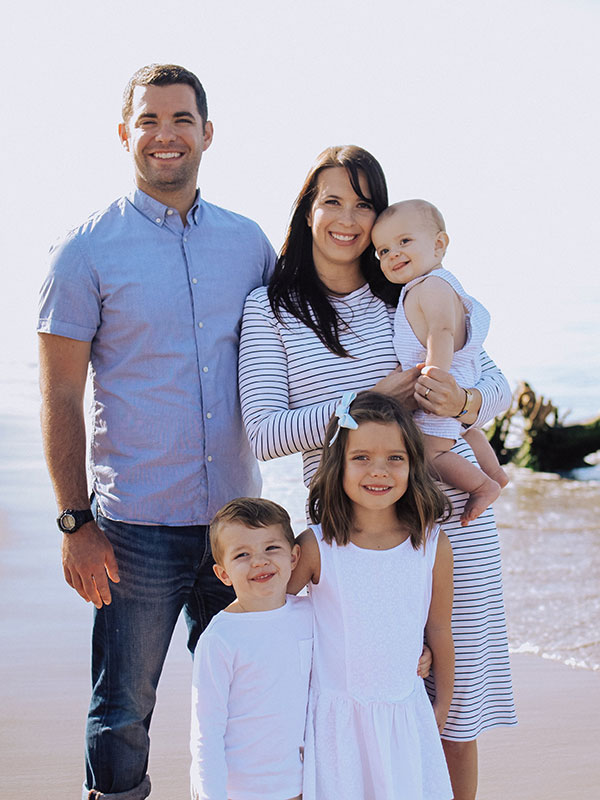