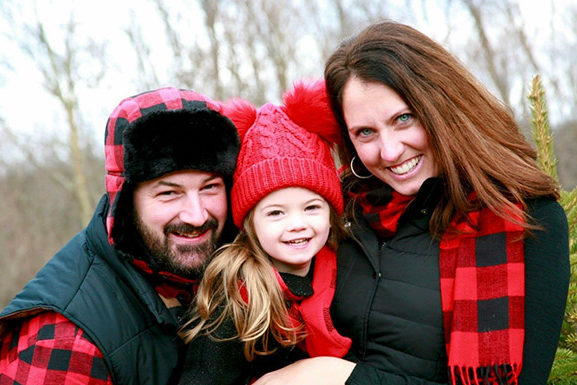 Layla is our sweet Valentine baby, born February 14, 2014. She arrived 10 days past her due date in the biggest snow storm that year. We joke that she has been doing things her own way since before she was born. She is very spunky, strong willed and quite the negotiator. She is truly one of a kind and the love of our lives. In her early days she did not sleep. Her first 3 months of life were sleepless nights. She was diagnosed with colic early on, but after 3 months of age she slept like a champ. She was growing and developing on schedule, meeting all of her milestones. She was thriving!

One thing that always stuck in my mind was something my health coach (through our former insurance company) said to me. I was on the phone with her just before I was returning to work after maternity leave. She heard Layla “giggling” in the background and said “wow, she’s early to be laughing”. Me being a first time mom didn’t think much of it, but that always stuck with me. We had brought that “giggle”up on different occasions to our pediatrician and other pediatricians in the practice and they didn’t think anything of it. 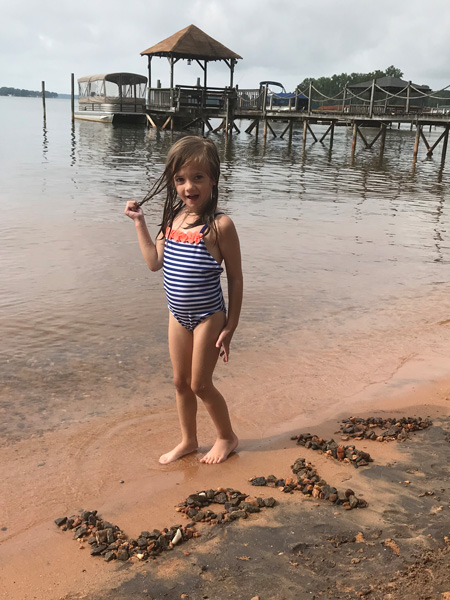 Fast forward to age 3 and the start of preschool…Layla had an “episode” as we called it at the time. She was very lethargic and unaware of her surroundings. Her teachers at school would call me right away and give her orange juice and by the time I would get to school (only about a mile from my job) she would have snapped out of it. This happened on occasion and there were also occasions that were similar, but she would vomit. This was going on for several months. We had seen her pediatrician multiple times, had testing done and nothing definitive ever came back. We saw another specialist and they suggested possible food allergies. We went corn and gluten free for months, no “episodes” but that laugh was still always there. Then we saw a neurologist who did a sleep deprived EEG (which was a nightmare) and who was sure this had to do with Layla’s frontal lobe affecting her motor skills and if there was something in that area of the brain it would be inoperable.

In the meantime we saw an occupational therapist who evaluated Layla and thought I was crazy. She told me Laylas skills were very precise and she didn’t have any issues when it came to gross or fine motor skills. This lead us to a second opinion. We saw a functional medicine specialist in NJ who was convinced this was a blood sugar issue. So now we were free to try corn and gluten again, but Layla had to eat every 2 hours in order to keep her blood sugar from dropping. So we went with that for months & it seemed to be the answer…Hallelujah…until Thursday August 16, 2018 when I received the worst phone call of my life. Layla’s school had called me at work to tell me they called an ambulance because she is unresponsive. I rushed to the school to find her on the floor with her teachers by her side and she was still unresponsive. I sat on the floor watching Layla holding her hand and just trying to talk to her as she lay there lifeless. Just before the paramedic arrived Layla came to. We took an ambulance to the ER where they performed blood work, ekg, urinalysis and 5 hours of monitoring with nothing definitive. We left there with an appointment for the following day to see a neurologist/epileptologist. 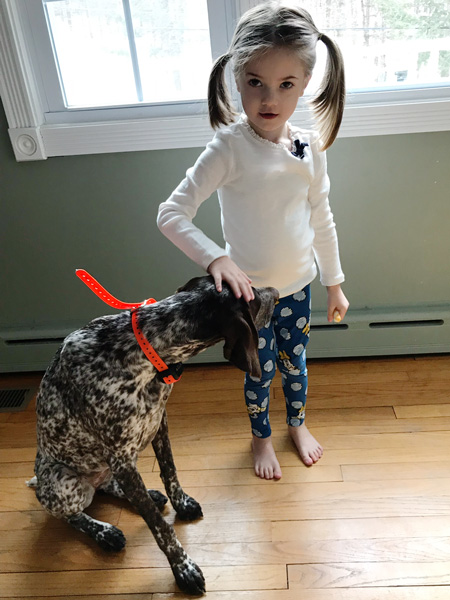 The next morning we went to this appointment to meet Dr. Stein and get her insight on Layla’s situation. After going through everything with us and examining Layla, we were admitted to stay in the hospital and have a sleep EEG. The following day we were scheduled for an MRI. After the MRI Saturday night the leads went back on since the first nights EEG wasn’t able to capture seizure activity. The following morning Dr. Stein (who is amazing) arrived to tell us Layla has a benign tumor on the brain in the area of the hypothalamus. It’s rare, 1 in 200,000, something called hypothalamic hamartoma. We were in a state of shock, yet had some relief in knowing we finally had an answer to what had been going on for so long.

All of the pieces to this Layla puzzle were finally coming together.

We got quite an education on HH from Dr. Stein and knew that meds were not going to help these seizures, that surgery would be the best option. We were discharged later that evening and went home. We followed up with a neurosurgeon and made an appointment for the following week to consult. In the meantime I read and researched and reached out in every avenue possible. I found hypothalamic hamartoma survivors through social media and the Hope for HH organization. I posted about Layla’s HH and some amazing fellow HH mothers (Traci & Lauren) immediately responded. We learned so much more and gained insight from moms who have been through this process with their children already.

We had our initial consultation with our local neurosurgeon and he seemed wonderful, he answered so many more questions that we had and was very calming for us. We still wanted to hear the other opinions and especially hear from Texas Children’s Hospital and Dr. Curry. We have since made our decision to go to Texas. We have decided to go to TCH for laser ablation with Dr. Curry and his team. We have been back and fourth with the HH team at TCH and are currently waiting on our exact date for surgery. Either November 30 or sometime in December depending on the results of the EEG video footage. 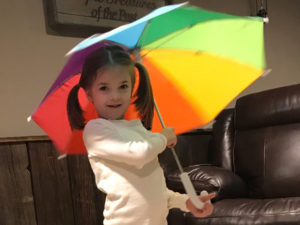 We know that Layla has adjusted to the HH this far and even with it she has met all of her milestones and tested above age level. We realize this HH journey is not over, but we also know how strong our little Valentine is and we are anxious to get to Houston and even more anxious to see what kind of wonderful awaits Layla after surgery. We can’t wait until she gets the childhood she deserves.