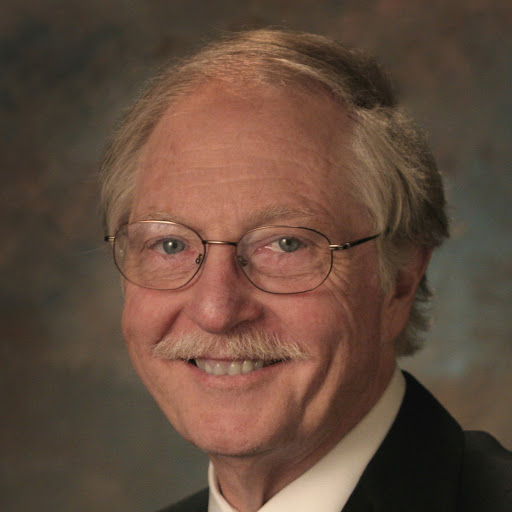 I have so many mixed feelings as I write this blog today! I get the chance to reflect a bit on the amazing life and career of an exceptionally gifted pediatric neurosurgeon, but I also am here to announce to our HH community that he will no longer be working miracles on our loved ones. Dr Hal Rekate, formerly at Barrow Neurological Institute (BNI) in Arizona and currently the Director of The Chiari Institute and a neurosurgeon at North Shore – LIJ’s Cushing Neuroscience Institute, will be retiring at the end of this year.

Dr Hal Rekate and my family started on a very long journey that has crossed not only a span of almost 20 years, but a journey that has also taken us across more than one continent – in search of a viable surgical option for my son CJ.

We first consulted with Dr Rekate at Barrow Neurological Institute in 1997 when CJ was an infant and we were told, if there would ever be a surgical option for HH – it would come from the gifted staff of BNI in Phoenix, AZ. However, at that time – not even BNI had a surgeon that was comfortable going that deep in the brain. We consulted more than once with Dr Rekate and he agreed – too dangerous. So, we continued to search the world for the next 3 years and eventually found a neurosurgeon in Australia who had been operating quite successfully on HH lesions. We asked Dr Rekate if he would support our case to go to Melbourne. He said “I know Jeffery Rosenfeld, and if he says he can do it – he can. Of course I will help”! That was just one of many occasions over the next 15 years that I saw this man of incredible integrity, courage and humility, put the good of the patient first and set his ego aside. I know all too well that neurosurgeons and fighter pilots are two of a kind – and that is not always easy for them to do (fyi…my wonderful husband was a fighter pilot at that time)! But for Hal Rekate, that is just the way he rolls.

After CJ’s successful surgery in Australia in 2002, Dr Rekate worked for over a year to get the necessary releases to allow Dr Rosenfeld to come BNI to teach him and others how to do the new surgical approach for HH. Together, we were able to bring several HH families that we had connected with over the years to AZ for review and surgery all in one week’s time. It was incredible to be a part of that process. For many of us, it was our first opportunity to meet other kids with HH and to share our stories, fears, and love. To say there was an instant bond would be quite an understatement!

Dr Rekate in his typical brilliance – went on to not only improve the Transcallosal Approach (TC), but he also pioneered the Endoscopic Approach for HH – both of which are still the most common approaches used for HH. The Endoscopic Approach is less invasive and greatly reduced the risks associated with the bigger, more invasive TC Approach. But that is what Hal is known for – developing viable options where there were none; or taking something that works and make it even better! He hasn’t just done this for our community but for many, many other critical brain conditions. He operates on the toughest and most technically complex cases. He has been recognized among his peers and on national TV as the neurosurgeon that has advanced pediatric neurosurgery in ways not thought possible. He is admired by both young and old in the medical profession, and adored by his patients and families. Again, that is just the way he rolls.

What I personally believe sets Hal apart from his peers is the love and compassion he brings to his practice. I have seen young patients crawl up into his lap like they were there to visit their Grandpa. I have seen him shed a tear when things didn’t go exactly the way he anticipated or wanted in the surgical suite. HH surgery is extremely dangerous and it is beyond challenging for any neurosurgeon – no matter how experienced. But Hal’s faith and confidence, put him above the ordinary. I know that Dr Rekate is forever a part of our family. A few years after returning from Australia, CJ’s seizures returned, and of course we went straight to Dr Rekate for endoscopic surgery. So, when I talk to HH families – looking for a pediatric neurosurgeon surgeon, my first response has been “Have you talked to Dr Rekate yet?” That will change now, and fortunately there are other pediatric neurosurgeons out there – and even some that have trained with Hal, but my heart will always wish he could be THE SURGEON, forever.

Dr Rekate has been one of the founding members of our Medical Advisory Board at Hope for HH. He has encouraged, guided, and informed us but best of all, he has been an unending source of hope for all of us who have had the honor to work with him.

There will be a retirement party for him this November in AZ. I plan to attend and bring CJ – who is now 20 yrs old and an amazing young man with a bright future because of the outstanding efforts and amazing heart of Hal Rekate! If you know Dr Rekate, or are simply touched by what he has done for this entire HH Community – I encourage you to put your good wishes into a card and sent it to me – and I will happily present the cards to Hal personally the night of the event. I would LOVE to bring a very big box or even two, full to the brim with well wishes!

Thank you so much Dr Rekate – you are loved and will most certainly be missed by so many! Enjoy those grandkids and I hope our paths will cross again soon!

Please send your cards no later than OCTOBER 31st to: